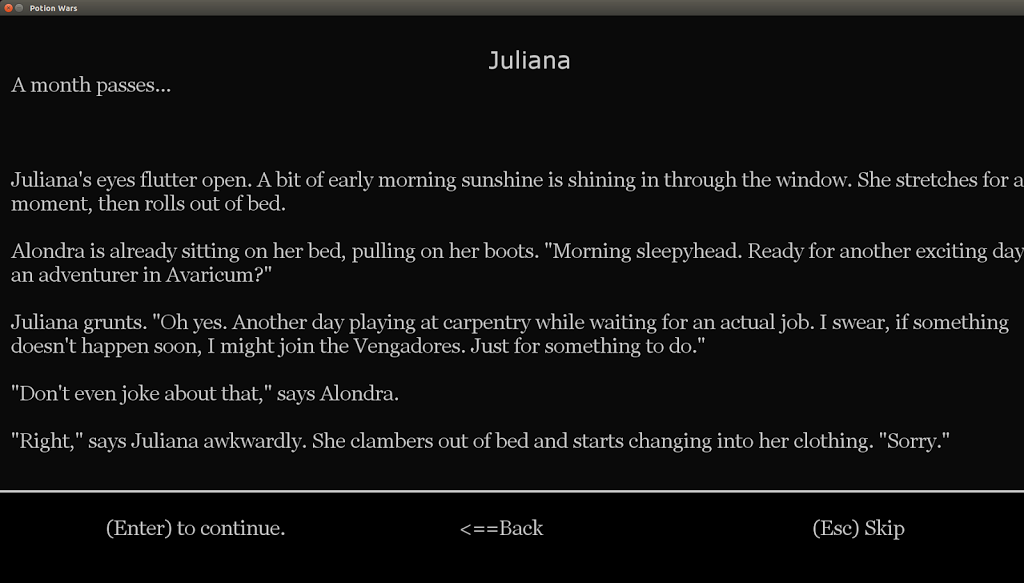 As proof, check out this screen shot. This is the first block of text in episode 2 that you’ll see if your character was a bit overwhelmed by the bar at the end of episode 1:

Of course, the text will likely change a bit between now and when the game gets posted (writing is rewriting after all). But I’m so excited. Been working on that wretched translation script for months, and the damned thing looks like it’s finally working.

One thought on “My Script Works!”